Don’t Get Bored At The Gym, Try These Workouts Instead

Jewellery and the big investment avenue

How to plan a multicultural wedding?

Why To Hire Professional Wedding Photographer

Everything You Need To Know When Buying A Used Motorcycle 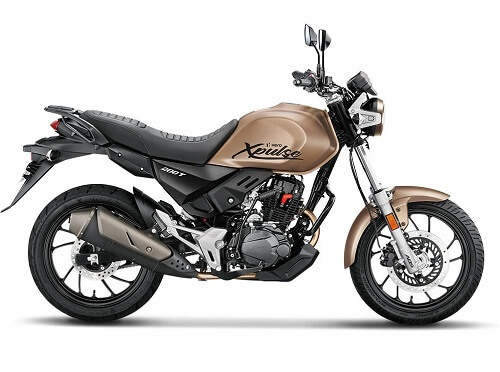 India is the second largest market for two-wheelers in the world. Since bikes are easy to maintain and come at affordable prices, they are quite popular among Indian. Buying a bike is also comfortable as you can easily move around in the traffic. Every year millions of bikes are produced across the world. India has many automobile companies and MNCs that produce bikes and are very popular. Some of these companies manufacture budget bikes and some manufacture premium bikes in India. Here is the list of top 11 bike brands in India that have won the hearts of many Indians when it comes to owning a bike.

Hero MotoCorp is one of the top companies that manufactures two-wheelers. It is considered world’s largest company manufacturing two-wheelers. It was found in 1984 and renamed from Hero to Hero MotoCorp. It produces fuel inexpensive bikes that gives best mileage too. Some of the most popular models in India are Splendor, HF Deluxe, Passion, Achiever, Hunk, and many more. The company is also well-known for producing scooters too and dominates the Indian market for two-wheelers.

Honda is a Japanese company that manufactures two-wheelers and four-wheelers. Since 1990, the company has gained popularity in the Indian market. After taking over Bajaj Auto, the company became the second largest manufacturer of two-wheelers in India. Bikes such as Honda Passion, Honda CB Shine, Honda Activa, etc. are largely sold in the Indian market. The quality of the bikes and its reasonable price has attracted people across the country. The customer service of the company also makes it one of the best companies in two-wheeler industry in the country.

Bajaj Auto that has now merged with Honda was the oldest company in India that was established in 1930. It dominated the Indian market with massive production of scooters with its famous scooter, Bajaj Chetak. With its comfort and cost-effectiveness, the scooter became a household name in India. However, in 1990 Bajaj Auto started manufacturing bikes. Models like Bajaj Platina and Pulsar took over the Indian market as they were cheap and had a trusted brand name. Before being taken over by Honda, the company started manufacturing cars too.

TVS Motors is another popular brand that sells bikes at low prices. The company’s most popular model is the Apache that has been sold in millions within India. Even though the company’s bikes are cost-effective, Apache RTR 160 and Apache RR 310 are on the expensive side. However, these superbikes are still cheaper when compared to superbikes of other brands. TVS Victor and TVS Sport are the popular budget bikes that has high sale in India. The brand may not be as popular as other brands, but is still one of the most sort after.

A company that started in 1985, Yamaha is manufacturer of both budget and premium bikes. Fazer, Saluto, Fascino, Cygnus, etc. are some of the two-wheelers that are popular under this brand. The company is also known for selling sports bikes for racing such as YZF R1M and R1. Even though the company does not have a huge market in India, it is still considered as one of the top companies manufacturing bikes.

Mahindra is a well-known brand in India that manufactures scooters and bikes. The company was established in the year 2008. It is a subsidiary of M&M Limited that is a manufacturer of automotive for various sectors and industries. The company has manufactured bikes and scooters such as Gusto 125, Duro, and Mahindra Centuro that are very popular in India.

KTM is one of the top sports bike manufacturers in Austria that has its operations in India. It operates in India with a joint venture with Bajaj Auto Limited and CROSS Industries AG. The company was established in 1981 and is well-known for 4-strokes and 2-strokes rough terrain bike. The company has also manufactured road bikes and sports cars. The company’s vehicles can be easily spotted with its official color – orange, silver and black.

India Kawasaki Motors is a subsidiary of Japan based company, Kawasaki Heavy Industries. The company established itself in the Indian market in the year 2009 with Bajaj Motocycles’ alliance. Kawasaki has assembly facilities where the company assembles Ninja 300, Versys 650, Z250, Ninja 1000, etc. The company offers premium bikes to Indian market that are expensive. However, the bikes manufactured by the company is also very popular among the people who love premium bikes and like to own them.

Even though there are many such brands of two-wheelers that are available in the Indian market, the above brands fall into the top 11 list.