Home » 6 Movies That Will Make Your Weekend Exciting And Enjoyable 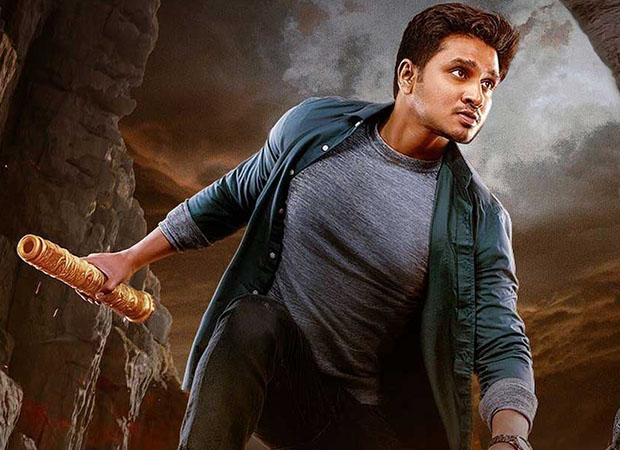 6 Movies That Will Make Your Weekend Exciting And Enjoyable

Weekdays can be extremely tedious and chaotic as a result of long work weeks. There is no time for amusement, pleasure, or leisure. As a result, expectations for the weekend are always high. It’s possible to detox from weariness over the weekend. Most people enjoy pleasant activities like watching movies, playing games, or going for picnics. So, here are six of the best movies for movie fans to start their weekends.

Karthikeya 2 is a mystery action-adventure story with a lot to offer. Chandoo Mondeti is the director of the movie. It features Nikhil Siddharth and Anupama Parameswaran in prominent roles. As instances of the nation’s beautiful diversity, the movie explores Hindu mythology and depicts the hills of Govardhan, the lanes of Dwaraka, the desert of Bundelkhand, and the rivers of Himachal Pradesh. The film received a record-breaking reception at the box office, grossing more than 120 crores. Karthikeya 2 will now be available to stream on ZEE5 Global on 5th October 2022.

Raksha Bandhan, starring Akshay Kumar, will premiere on October 5. Akshay Kumar, Bhumi Pednekar, Sadia Khateeb, Deepika Khanna, Smrithi Srikanth, and Sahejmeen Kaur are among the film’s notable actors. It is written by Himanshu Sharma and Kanika Dhillon and is directed by Aanand L. Rai. The film tells the story of Lala and how his relationship with Sapna, his childhood sweetheart, suffers as a result of his family obligations. The relationship between the brothers and sisters is primarily the focus of the film.

Vidyut Jammwal, Shivaleeka Oberoi, and Annu Kapoor are the main actors in the action thriller. The storyline of Khuda Haafiz 2 is interesting. After the events of the first movie, Khuda Haafiz took place a year ago, Nargis and Sameer are still dealing with the fallout. In addition to having PTSD, Nargis’ marriage to Sameer is on the verge of collapsing. Things begin to improve for the couple once Sameer adopts Nandini and takes her home. However, Nandini is kidnapped one day, leaving the couple devastated and longing for their missing daughter.

Shivam Nair and Jayprad Desai are the directors of Mukhbir: The Story of a Spy. It is the story of India’s undercover operative in Pakistan, who stepped up to the plate to save the country and swing the conflict in his nation’s favor. ZEE5 Global has the riveting spy thriller available for streaming. In addition to Zoya Afroz, it also prominently features Prakash Raj, Adil Hussain, Barkha Bisht, Harsh Chhaya, Satyadeep Mishra, and Zain Khan Durrani.

Jai Basantu Singh’s film Janhit Mein Jaari illustrates how sexual health conversation is still frowned upon in Indian culture. Nushrratt Bharuccha portrays a Chanderi native who works as a condom manufacturer in the film. She succeeds in finding not only a supportive, adoring husband but also proving herself to be excellent in her career. Her extremely traditional in-laws do not approve of her career, and they advise her to quit for the sake of family respect and look for a new, respectable job.

Attack: Part 1, directed by Lakshya Raj Anand is an action entertainer with John Abraham playing the lead role. The protagonist of the story is Indian army officer Arjun Shergill, who suffers chronic neck paralysis as a result of a terrorist strike and loses everyone and everything that was important to him, including his love interest Ayesha. He can now get up again because of the recently implemented technology, the Intelligence Robotic Assistant (IRA) chip, in the Indian army, which was created and implanted by Sabaha (Rakul Preet).