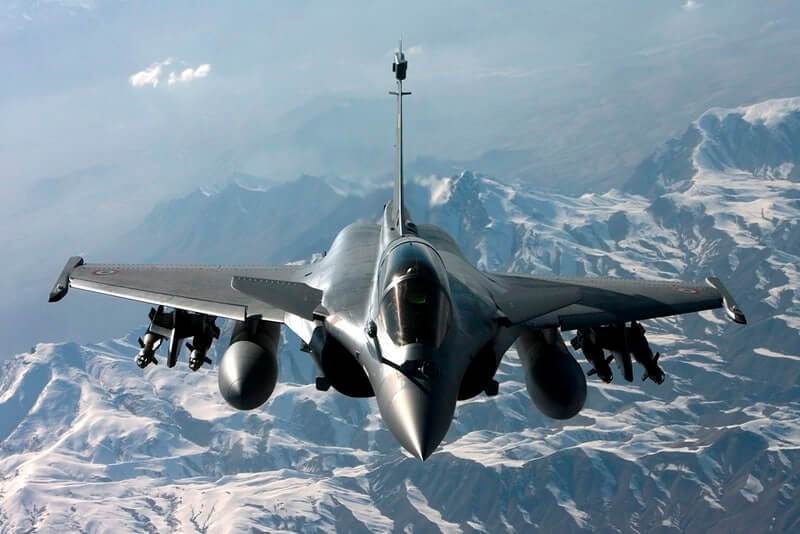 F-35 Lightning II is the only international fifth-generation multirole fighter plane in the world. The extreme agility and stealth features, along with an integrated sensor package and modern weaponry, provide the F-35 with a tactical edge over all other fighter aircraft.

The single-seat fighter is armed with a range of weapon systems such as Sidewinder and Storm Shadow, as well as Joint Direct Attack Munitions (JDAMs).
Lockheed Martin is the prime contractor of the F-35 while its major partners include Northrop Grumman, BAE Systems and Pratt & Whitney.
The F-35 completed its maiden flight in December 2006. The three F-35 variants, including the conventional take-off and landing (CTOL), short take-off / vertical landing (STOVL) and carrier variant (CV), will replace the A-10 and F-16 of the US Air Force, the F/A-18 of the US Navy, the F/A-18 and AV-8B Harrier of the US Marine Corps and various fighters of other allied nations.

Inducted by the US Air Force (USAF) as an air-superiority fighter, the F-22 evolved into multi-mission fighter aircraft.

The Raptor made its first flight in September 1997. The first production F-22 was delivered to Nellis Air Force Base in January 2003. The aircraft formally entered USAF’s service in December 2005.

The F-22 Raptor employs sophisticated air-to-air and air-to-ground missiles. The emerging technologies integrated aboard the F-22 make it a superior platform for a wide array of missions, including surveillance, reconnaissance, attack, electronic warfare and signals intelligence.

The aircraft has eight hardpoints and an internal weapons bay that can hold a mix of beyond-visual-range air-to-air and short-range missiles, including long-range PL-12C/D and PL-21 air-to-air missiles. It is also armed with air-to-surface missiles, laser-guided bombs and anti-radiation missiles.

The aircraft made its first flight in January 2011 and was officially unveiled in 2016. It entered the PLAAF’s service as an air-superiority fighter in March 2017.

The Su-57 is a fifth-generation, single-seat, twin-engine, multi-role fighter aircraft manufactured by Sukhoi, a subsidiary of United Aircraft Corporation. It was formerly known as PAK FA and T-50.

The aircraft is designed to perform air superiority and attack missions primarily of the Russian Air Force and the Russian Navy. It can defend all types of ground, air and surface targets of the enemy and monitor the airspace at longer ranges.

The aircraft made its first flight in January 2010 and is currently in the final flight testing phase. It is expected to be introduced by the Russian Air Force in 2019, replacing the existing fleet of Su-27 fourth-generation fighter.

Eurofighter Typhoon is a new generation multirole fighter aircraft that is presently one of the best in the world. It is a foreplane/delta wing aircraft integrating modern avionics and sensors, Defensive Aids Sub System (DASS) and distinct weapons, such as Mauser BK-27 27mm cannon, air-to-air, air-to-surface and anti-ship missiles and precision-guided munitions.

The programme delivers cutting-edge technologies for the European defence industry.

Eurofighter Typhoon made its combat début in 2011 for reconnaissance and ground strike missions in Libya by the Royal Air Force (RAF) and the Italian Air Force.

The first Su-35 prototype was built at Komsomolsk-na-Amure Aviation Production Association in 2007. The maiden flight of Su-35 was concluded in February 2008.

The Su-35 is capable of deploying long and short-range air-to-air missiles, and precision and unguided air-to-ground munitions such as missiles, bombs and rockets. The 14 hardpoints of the aircraft can carry a maximum weapon payload of 8t.

The US Navy inducted the aircraft into service in 1999 for replacing its Grumman F-14 Tomcat. The F/A-18F Super Hornet (two-seat version) entered service with the RAAF in 2010.

The Super Hornet’s suite of integrated and networked systems provides enhanced interoperability and total force support for the combatant commander and for troops on the ground. The 11 weapon stations on the aircraft can hold a mix of air-to-air and air-to-ground ordnance, as well as a variety of smart weapons, including laser-guided bombs.

Described as an ‘omnirole’ fighter by its manufacturer Dassault Aviation, Rafale is a twin-engine, multirole fighter aircraft that is capable of performing air sovereignty, deep strike, reconnaissance and airborne nuclear deterrent duties.

The multirole fighter is operated by the French Air Force and Navy. This aircraft features the latest avionics and smart sensor systems.

It can carry a 30mm cannon, air-to-air and air-to-surface missiles, nuclear and anti-ship missiles, as well as a range of laser-guided bombs and ground-attack munitions.

The maiden combat deployment of the Rafale fighter was in 2002 during the Operation Enduring Freedom. The aircraft has been used in a number of combat missions in Afghanistan, Libya and Mali (Operation Serval).

The F-15E Strike Eagle is a superior next-generation multirole strike fighter. Developed as a derivative of earlier F-15A/D aircraft, the F-15E is the backbone of the US Air Force (USAF) today.

The F-15E can carry up to 23,000lb of payload, including the Joint Direct Attack Munition (JDAM), AGM-130 Standoff Weapon System, the AIM-120 Advanced Medium Range Air-to-Air Missile (AMRAAM), AIM-9X Sidewinder and a variety of bombs. It can fly at more than twice the speed of sound.

The state-of-the-art avionics systems provide the Strike Eagle with the ability to conduct air-to-air and air-to-surface missions in all weather conditions during the day or night.